Home > Knowledge Base > 🎮Game 🎮 > How to Protect your Minecraft Hosting Server from DDoS Attacks: Lessons from SquidCraft Games

How to Protect your Minecraft Hosting Server from DDoS Attacks: Lessons from SquidCraft Games 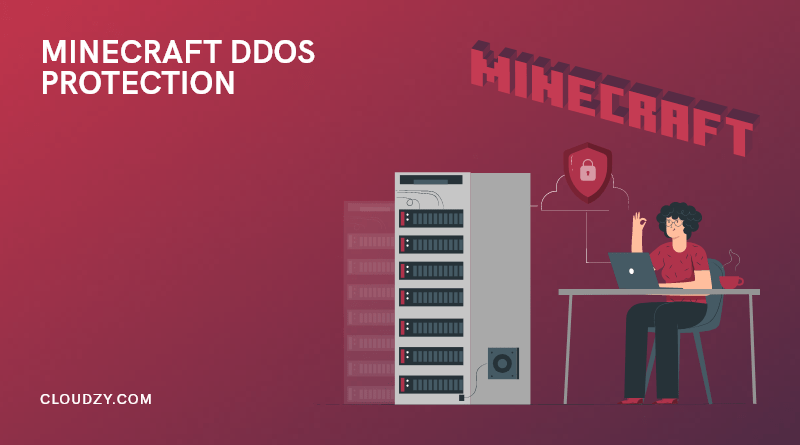 If you’re into Minecraft, even if a little bit, chances are pretty good you were in the loop about the SquidCraft Games last week. Everyone was pretty hyped about the event, and, all in all, it didn’t disappoint. Despite the high-stakes tournament being only open to Spanish-speaking gamers from Europe and South America, it became the most-watched Twitch Rivals event ever. Maybe because of the $100k cash prize? Or maybe because it was based on the uber-popular Korean Netflix show, Squid Game? Regardless, there was one attack that went almost entirely unnoticed between all the murder mayhem of the Minecraft event. I’m speaking of the massive DDoS attack on Andorra’s servers.

If you’re not sure what Andorra is exactly, don’t worry; the first time I heard about it, I thought it was the name of a company. In fact, Andorra is the name of a very small European country with less than 100 thousand people living in it. About as large as a city, Andorra’s entire Internet access is provided by this one ISP company, called Andorra Telecom. It was this company that came under attack for four days straight.

Okay, so somebody managed to shut down the ISP of a tiny European country with a major DDoS attack — what’s the big deal? How does this relate to the Minecraft game? Well, it turns out that many notable Minecraft streamers from Spain had already relocated to nearby Andorra because of its tax-haven status. So, when reading Andorra’s players were mostly unable to play, you’re actually reading that a lot of the top contenders for the $100k cash prize were prevented from competing. Now, that seems a bit more newsworthy, right? But what is a DDoS attack, in the first place? What makes Minecraft server DDoS attacks so dangerous? Let’s find out.

Distributed Denial of Service (DDoS) attacks are an annoyingly effective tactic used by hackers and other “malicious actors” to shut down a server or even a whole Internet Server Provider (ISP), which was the case with Andorra Telecom. So, how exactly do DDoS attacks work?

Imagine your Minecraft server functioning normally — several players are connected to your server, their Minecraft apps send requests to your server, which processes them and sends back a reply to the request. Now, imagine instead of a dozen players, your server suddenly had to handle a hundred. How about a thousand? Ten thousand? Even the most high-performance dedicated servers break down or stop functioning when a couple of thousand clients start flooding them with requests. If you’ve ever experienced your computer hanging or crashing because you were running too many apps, you already have a pretty clear picture of what I’m talking about.

A hacker doing DDoS uses a lot of unsuspecting computers (servers, remote desktops, or even personal computers) they had previously infected with some malware. The malware turns these computers into zombie-like “bots” that can band together and start sending thousands of requests to the target server or network. That’s why the first D in DDoS is for “Distributed,” meaning the attack isn’t coming from a single source — the requests are coming from dozens or hundreds of computers distributed in a large “bot army” network.

With so many requests, the target server can’t perform as it always does, and it shuts down, unable to serve its real clients. That’s what is meant by “Denial of Service,” the second part of DDoS. So, the primary goal of any DDoS attack is to stop a server or network from offering its usual services to clients. Now, this can be the server supporting an online shopping website, a whole ISP (like Andorra), or your private Minecraft server running your multiplayer games with friends.

But what can we do except shake our heads at how DDoS attacks don’t seem to have an end despite all the progress? Well, there is an essential lesson in this SquidCraft Games incident if you have a private Minecraft server as I do. Private Minecraft hosting servers are very vulnerable to DDoS and other cyber attacks. Just last month, the whole Log4J exploit scandal started with Minecraft, and the ones who were most in danger were owners of private Minecraft hosting. Naturally, there are ways to ensure your Minecraft server is as safe as safe gets, Some solutions like gaming over RDP are completely safe but it doesn’t work for all gamers. Before I get to that, I’ll talk a bit about Minecraft hosting so you have a nice perspective on the whole thing.

Minecraft Hosting: Why it Makes Sense to Get Your own Minecraft Server

So far, we’ve talked about the dangers that face you if you run a Minecraft hosting server. So, why would anyone want to take all that risk? Well, the answer is pretty obvious: the rewards outweigh the risks. When it comes to Minecraft, we all know the secret to the game’s eternal popularity is how it lets you create infinite new worlds and modify everything to create new games, new characters, and new adventures. Minecraft is not really one game — it’s thousands, tens of thousands, a potentially infinite source of new experiences. So, it’s what you can do with Minecraft that makes it so exciting, and it’s that customization and creativity that makes people start their own Minecraft hosting servers.

If you’ve ever played Minecraft, you know it’s got a single-player mode and a multi-player one. It’s the multiplayer mode of Minecraft that has become the main attraction and chief selling point of the game. So, how does multiplayer Minecraft work? There are different ways Minecraft lets you play together with your friends. You can use a split-screen setting if you’re using a console, for example (I don’t recommend it though, it’s highly distracting. I never know which side of the screen I’m supposed to look at!) and you can play on local networks, meaning a bunch of physically computers connected. These two are not great solutions really, and they don’t work for most people. That’s where Minecraft Realms and Minecraft Hosting come in.

Also Read: How Much RAM Do You Need for A Minecraft Server?

Minecraft Realms is the multiplayer solution Microsoft came up with when they discovered how the game plays much better with more people than one. The Realms is a subscription service where you pay Microsoft an amount of money per month, and they give you a way to host private games of your own. Are you really free to run your own games the way you want? No, not where it counts. First, the number of players you can invite is just limited to 10 per game. So, if you like to run something like those SquidCraft Games, you better forget about Realms. It also has all the limitations you would expect on self-made mods and content. So, if you’re genuinely interested in playing Minecraft your way, then Realms is just a waste of time. What does matter, however, is creating your own Microsoft hosting server or Minecraft multiplayer server. The best way to do that? A Cloudzy Gaming VPS plan, uniquely optimized for Minecraft.

So, that’s where VPS hosting comes in. A Virtual Private Server (VPS) is a hybrid hosting solution with all the functionality and security of a dedicated server but at a fraction of the cost. With a Cloudzy Gaming VPS, for example, you’ll have full root access on your pick of the operating system, which means you can easily install Minecraft and create your own Minecraft multiplayer server. But where you get your Minecraft VPS hosting is getting increasingly important as the cost of DDoS attacks on servers continues to rise. So, what measures should you take to protect your Minecraft Server against DDoS and other attacks?

Can you Protect Your Minecraft Server Against DDoS?

This would be a very lousy article if I said “no” right now, wouldn’t it? So, yes, there are definitely ways to protect your Minecraft server and your gamers from DDoS attacks. Like with all security measures, some work better than others, and none is a guarantee. To ensure Minecraft DDoS protection for your server, you should probably start with securing your SSH connection. Change your SSH port or switch to key-generated SSH security using PuTTY to lower the chances of a Minecraft DDoS attack. There are, of course, a ton of other security measures to implement, and you can find the most crucial ones in this guide to securing your game server.

Get Your Game Server
Your best bet, however, is choosing a good, security-minded provider for your Minecraft gaming server. Minecraft server DDoS protection is practically impossible if your hosting provider doesn’t offer the necessary safeguards. At Cloudzy, for example, we offer our Gaming VPS servers with a host of security features, including smart DDoS protection, AI-powered, and hardware-based firewall tech, and other proprietary security measures. Start your secure Minecraft hosting by reading this article on Minecraft VPS hosting or head directly to our Gaming VPS page and check out our affordable hosting plans.