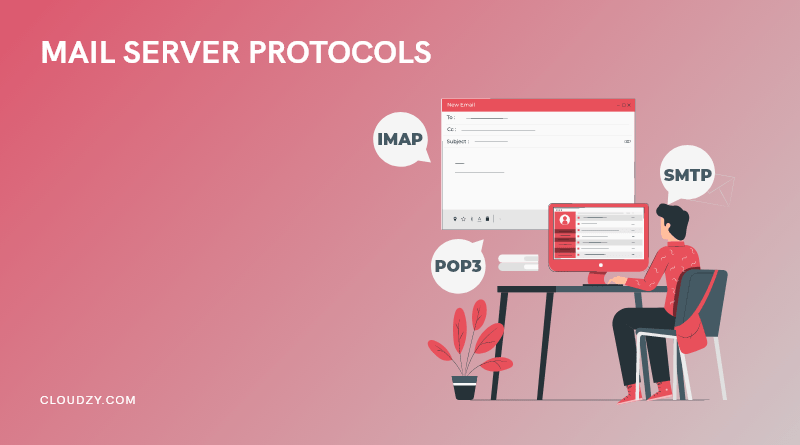 Although we live in the era of smartphones and technology, we can all agree that sending email is still a helpful way to communicate with others. The development of email resulted in outdating traditional communications methods, providing you with an easy and accessible way to talk with each other. But why is this important?

Even though sending emails have been a routine part of most people, everyone needs to be able to use them. Having this in mind, you also should understand how email protocols work to develop an email setup. In other words, Knowing all about mail server protocols will make your communications more efficient. We will explain which email protocol is capable of sending, helping help you to choose the ideal email server for your needs.

What are mail server protocols?

Multiple email protocols are involved when talking about mail accounts, which can confuse you. So you should know about these protocols and understand that each performs slightly different functionality. Protocols like IMAP, POP3, SMTP, and Exchange are mostly the common ones being used.

SMTP (Simple Mail Transfer Protocol) is the standard method for sending emails from one mail server to another. In simple terms, email protocols are sets of rules that allow different email clients and accounts to exchange information. It is also knowns as the only dedicated protocol for sending emails. Several email clients like Outlook, Gmail, Yahoo Mail, and Apple Mail depend on SMTP to send messages from a sender to a recipient. SMTP doesn’t require any authentication to function. Modern SMTP server applications use some restrictions for this matter. However, it still lets some spam exist on the web, which can eventually be in your email server and, thus, your inbox.

Additionally, the SMTP protocol also gives notifications when an email message arrives. After a sender emails a message, your SMTP server sends commands via the client. These commands specify the sender’s and receiver’s email addresses, messages, and other attachments. You should know the two ports which are commonly beneficial for the Simple Mail Transfer Protocol client:

What are the key takeaways from the SMTP protocol?

As its name suggests, IMAP (Internet Message Access Protocol) allows you to access your emails worldwide. Email messages are stored on servers. So When you check your inbox, your email client contacts the server to connect you to your messages. When you read your emails using IMAP, you aren’t downloading or keeping them on your computer; instead, you read them from the server. That is why it’s possible to check your email from different devices without missing anything.

IMAP allows you to access, organize, read and sort your email messages without downloading these emails first, So IMAP is fast and efficient. The server also keeps a record of your messages, enabling you to access your sent messages from everywhere. Instead of moving messages from the server to your computer, IMAP syncs emails on the computer and the server. Here are the default ports for IMAP:

What are the key takeaways from the IMAP protocol?

POP (Post Office Protocol) is used to receive incoming messages. Of course, the most current version is POP3. Unlike IMAP, when you use POP3 3, it downloads your messages from a centralized server and transfers them to the recipient email client on their device or computer. This feature lets the recipient download mails to their email client, and after that, they can disconnect their Internet connection and have offline access to all their messages.

Like the physical version of a post office clerk, POP3 receives and holds emails for people until they pick them up. All emails are downloaded and stored locally, so POP is a helpful solution for those who only use one computer to check emails. Moreover, businesses commonly use POP for employees to check emails offline. You should also know that most POP3 services delete downloaded emails from the mail server by default. This action makes it extremely hard to synchronize an account to multiple devices. POP3 requires one of these as its default port to be open:

What are the key takeaways from the POP protocol?

How is SMTP different from other email protocols?

Since you know, which email protocol is capable of sending emails, you can quickly gather the differences between SMTP and other email protocols. So Let’s review their dissimilarities here. The main difference between these protocols is that SMTP is the only protocol for sending or “pushing” emails from one unknown mail server to another. In contrast, POP and IMAP are protocols for receiving or “pulling” mail from the recipient from their mail server, so POP and IMAP limit the mail transfer to only verified mail servers. In other words, you can’t use POP and IMAP for communication outside of your networks.

Right now, you know which email protocol is capable of sending mail and which one is for receiving them. So you are probably wondering what email protocol does Gmail uses? In the next section, we will answer this million-dollar question! 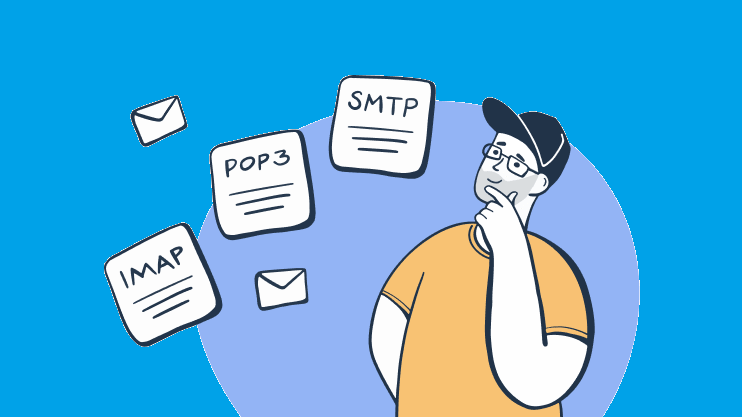 What email protocol does Gmail use?

Gmail mainly runs on the IMAP system. Yet, it also offers POP mail server access if you want. POP and IMAP servers handle emails in different ways. So, it would be best to choose the email protocol that works. The work environment, the type of access you need, and the devices you have all are factors you should consider. If you mainly access your emails from the web, the IMAP protocol works best for you. This protocol stores all mail messages and folders on the server, meaning all changes are synchronized across all devices.

But, if you want to access mails from a specific device or you don’t have an internet connection all the time, then Gmail’s POP3 protocol is the better option. POP3 will download all your emails from the mail server to your device and then delete them from the server. You may ask yourself, can I use the Gmail SMTP server for sending Emails? The answer is Yes! You can. If you’re using email clients like Thunderbird or Outlook, you can use the Gmail SMTP server components to send emails with your Gmail account.

In this article, we specifically described which email protocol is capable of sending emails. In addition, two other email protocols were introduced that help you access your mailbox. We learned about the main differences between these email protocols so that you can pick the suitable one for your business or even your personal use. In cloudzy, we provide many helpful services such as Linux VPS and even Windows VPS, which you can use to your benefit in both personal and your company’s needs.

What is the difference between IMAP and SMTP?

SMTP is the protocol for sending email, whether it is from the client or in between servers propagating the email towards the intended destination. But, IMAP is a protocol that manages and retrieves email messages from the server.

What is a protocol in an email?

Can I have both POP and IMAP enabled?

No, having two different devices access the same account by two different protocols (IMAP and POP) will not work well. Note that IMAP is designed to store messages on the mail server.

What protocol does email use?

SMTP is the standard protocol used to deliver email messages over the Internet.