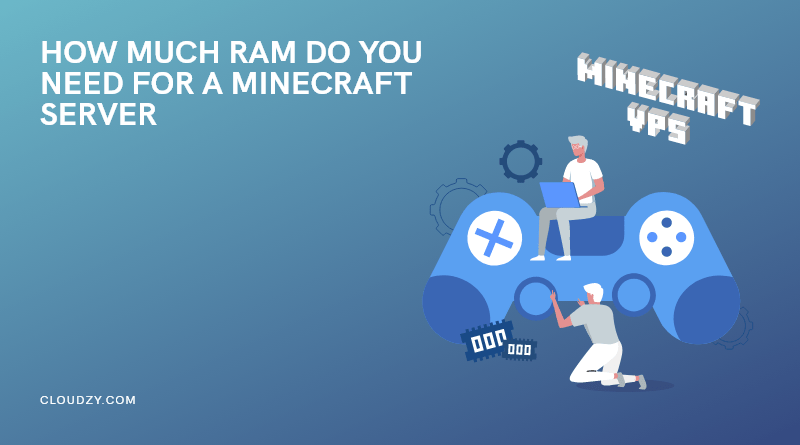 Minecraft is an open-world game where you can use in-game resources like mines and trees to create and build stuff. You can mine, build, and battle mobs. The game is pretty fun and engaging as you explore more while you play. There are literally limitless ways to play the game. If you are a Minecraft player, you already know that you can use Minecraft servers to play with other players like your friends or gaming team members.

What is A Minecraft Server?

Minecraft based its whole game on servers so gamers can play online and in the open world. A server allows gamers to play online and through a network with other players. If you are a single player, your game is already running on a server. It is so to ensure that you as a single player take advantage of the updates, bug fixes, and game experience as the multiplayer games. If you wish to play multiplayer, you need to create and host a server. No two Minecraft servers are the same since people play the game differently. Based on your gameplay, there are eight different types of Minecraft servers:

How to Create A Minecraft Server?

Create A Minecraft Server on Windows

You need the latest version of Java to start the process. If you don’t already have it, download it from the Java website. If you have it installed, open Java and click on Update Now to update it to the latest version.

Download the Minecraft server software from the website. Double-click on the .jar file downloaded to run the server. This will create the server configuration files that you need to modify. I recommend creating a dedicated folder anywhere on your Windows to store all the files related to your server.

There is a file called eula.txt that represents Minecraft’s EULA. You have to accept the EULA in order to access your server. Open the text file and change eula=false to eula=true.

Open the Windows command prompt and navigate to the file path the server was installed. Enter the following command to start the Minecraft server:

Enter the following command instead if you wish to use the server’s UI:

Create A Minecraft Server on macOS

New versions of macOS have Java installed on them by default. If you have an older version of macOS, you need to download Java for OS from the Apple website.

Again, just like the previous tutorial, download and store the files in a dedicated folder. Open TextEdit, set the format to plain text, and enter the text below:

After giving permission to the start.command file, double-click on it. A new Terminal window will open.

You can invite your team players exactly like the previous tutorial.

What Is the Recommended RAM for Minecraft Server?

All your system and application data is stored on your system’s Random Access Memory. RAM is responsible for data transformation between different components of your system. The higher the RAM is, the faster and smoother applications work. Same goes for servers.

There is a limit for the least and most amount of recommended RAM for Minecraft server. You can start with a basic 2 GB RAM and go up to 15 GB.

If your Minecraft RAM usage exceeds the allowed number of players and modifications based on the RAM you have, your game would require more memory, and difficulties like lags and bugs would occur. In some cases, if the server needs much higher RAM than you are providing, the game would crash. These are interruptions you would want to avoid when hosting a server, so make sure you stick to the recommended RAM for Minecraft server. The table below is an accurate estimation of recommended Minecraft RAM per player, mod, and world size:

Which One Is Better? Faster RAM or More RAM?

Your game will experience bugs if you don’t have sufficient memory. On the other hand, if you do have the recommended RAM for Minecraft server, but the RAM’s speed is low, you will still experience performance issues. The amount of RAM is measured in MB and GB. The speed of RAM, however, is measured in frequency (megahertz or Mhz). RAM speed measures bandwidth and how much data is transferred from the memory stick. Latency can result in lags by affecting how fast RAM responds to requests. So naturally, we want the highest frequency in order to have the least latency.

I suggest you first upgrade your RAM in terms of GB and test how your system is doing once your server is running full mode. Then, if you still have performance issues, go for a memory stick with a higher frequency.

How to Assign More RAM to Minecraft Server?

Now that you know your Minecraft RAM requirements and have upgraded your RAM, we have to assign the RAM to your Minecraft server. You can assign RAM directly from Java or through a third-party launcher like Twitch.

You can change RAM settings right from your Java edition launcher. Open the Minecraft launcher and click on Installations. Click on the three-dot button on the right side of your installation. A new window will be opened where you have to click on More Options. Two new options are shown, and one of them is the JVM Arguments line. The JVM Arguments line shows how much RAM your server is currently using. For example, Xmx4G means you are using 4GB of RAM. all you have to do is change the number to your desired number, and voila! You just upgraded your Minecraft Server Ram usage.

Tips and Tricks on Adding Ram for Minecraft Server

Benefits of Hosting A Minecraft Server

I know that this whole choosing the right amount of RAM business might sound overwhelming. That’s why I want to go back to the Minecraft server itself. Once you know the benefits of hosting a Minecraft server, you’ll see that the whole RAM shebang is worth it.

Hosting a Minecraft server means you have a raw copy of the game itself. More explanation? Basically, you can choose your world and its design. You can set the rules to your heart’s desire. This new world will be completely under your control as the administrator, meaning you can assign roles to players and set limits here and there. The whole game will run exactly how you wish to run it.

When you host a server, you will meet people who would like to play with you. You can create a whole community of your family, friends, and even players you don’t know. You decide who you want to enter your server and be a part of your community. A lot of Minecraft gamers you see on Twitch and Youtube started with a Minecraft server and a few people and slowly built their own community of friends and fans.

With a Minecraft server and a see of mods at your service, you can create a whole new world. You can test and check out different mods to enhance your gaming experience. As the server host, you can choose which mods are allowed and which are banned.

When children play online, parents can’t control what and who they interact with. A lot can happen in online games like Minecraft that children should not be exposed to. For example, inappropriate language. Running a Minecraft server means you can take control of what content your children are exposed to in the game. You can set rules and restrict certain activities to ensure your children enjoy the game without being mentally harmed.

Minecraft is one of the most famous online video games. Hosting a Minecraft server gives you your own personalized game, which you can experience and enjoy with your fellow players. The most important thing about running a Minecraft server is to ensure you are using the right RAM for your Minecraft server. The best option to Run a Minecraft server is to host it on a virtual private server because you can easily upgrade and choose a higher RAM without having to go through any hardware upgrades. A VPS will also ensure no harmful or malicious activity can access your home network and computer. Interested in a gaming VPS for Minecraft? Contact us at Cloudzy to find the plan that works best for you!

Can you assign more than 12GB RAM to Minecraft Servers?

Yes, you can have up to 15GB RAM on your Minecraft server.

Why can’t I assign more RAM to my Minecraft server?

If you have the Minecraft Windows 10 edition you dont have to change RAM settings because Windows does this automatically.

Can I assign more RAM to Forge server?

Yes, you must change the RAM assigned to Minecraft by editing the Launch text document in your Forge server installation.

How much does a Minecraft server cost?

Minecraft server cost varies depending on the number of players, RAM, and world size.