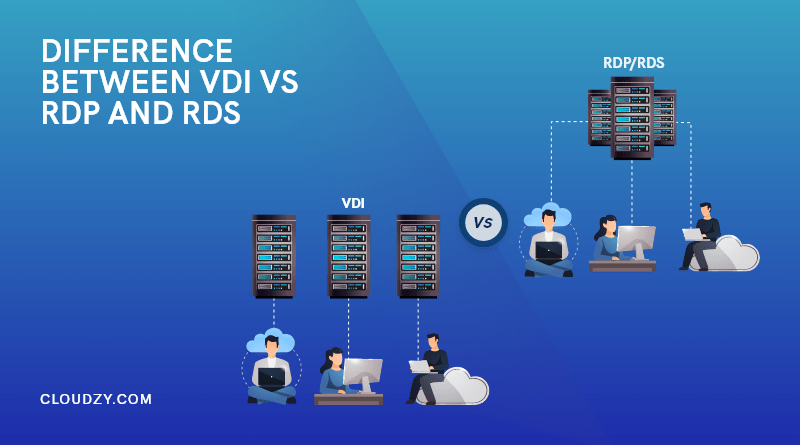 Remote desktop is the new normal thanks to modern technology that connects people to their workplace to share files and applications. But the technology can be confusing for most users who have no technical background. That is why I’m going to explain things in simple terms.

In this article, I’ll compare VDI vs. RDP vs. RDS technologies and explain what they are, why they are used, and their similarities and differences, so you have a clear understanding to choose what is suitable for you.

Reading the following article is highly recommended to users who are looking to work through their computer(s) distantly with remote desktop technologies. So, please stay tuned with us to compare and contrast VDI vs. RDP vs. RDS. Firstly, let’s see what VDI and RDS, and RDP are.

It stands for Virtual Desktop Infrastructure that dedicates a virtual machine (VM) to each user. The VM is running on an OS hosted on a data center, either on-premise or on a cloud service such as Azure. Each user has a dedicated desktop that is fully isolated from other users. The isolation provides full administration rights to run applications without the risk of malware spreading in the network. Resources such as CPU, memory, and disc space can also be allocated according to the user’s need. The VMs are managed by a remote desktop connection broker that links each user’s session to their VM.

VDI vs. remote desktop has the advantage of segregating confidential data that increasing security. But it has a complex setup that requires IT professionals for deployment and maintenance.

VDI is a combination of hardware, software, and network configuration that allows virtual desktops and virtual servers to be distributed to end-users. They can reach their virtual machine from anywhere on the network.

Also Read: How to enable audio over remote desktop?

RDP stands for Remote Desktop Protocol, that is developed by Microsoft as a network communication protocol. It is the base on which RDS and VDI run and function. It transmits commands and GUI between the server and client.

The greatest strength of RDP is its compatibility with VPS hosting servers that can deliver reliable and customizable hosting. You can create a reliable RDP Server at very affordable prices. A Cloudzy RDP Server, for example, is a great way to run a fast and high-performance remote desktop.

RDS stands for Remote Desktop Services, that is a feature of Microsoft Windows Server. It enables users to remotely connect to Windows desktop through a graphic interface. The user installs the RDS client, and the server runs Windows Server OS. RDS was called “terminal services” before 2008.

The advantage of Microsoft RDS is lower licensing costs since there is only one installation. The security is also high, and deployment and maintenance are simple that require no technical background. However, the connection is made through shared VMs, which can be considered a breach of data regulations in certain countries.

The client device needs the RDS client, and the RDS server needs the Windows Server operating system to connect remotely to one or more terminal servers. (Previously, RDS was called Terminal Server) All operations take place server-side, not on a user machine.

VDI vs. RDP vs. RDS: Similarities

Their similarity is really about the user experience as they log in to a remote desktop and use resources that are hosted on a server. The user’s local machine is free from the data load or security risks.

VDI vs. RDP and RDS make remote connections possible so employees can work from home and yet have access to corporate data hosted on the servers. They provide a desktop that feels like the local desktop users could have had on their own devices. Their performance is pretty much similar as far as the user is concerned in terms of speed and latency.

The difference between VDI vs. RDP vs. RDS comes down to technological setup. VDI is based on Windows clients just like RDP, but RDS is built on Windows Server.

VDI is considered the modern method of remote desktop connection where users have individualized desktop with full customization features, whereas RDS is considered an older method that utilizes a server full of resources that are managed by an admin and shared between users. RDP, however, is the underlying protocol that enables remote connection in any system.

To know the comprehensive list of differences, we need to get into details:

VDI has the flexibility of operating systems, and each user can have their OS, including iOS, Mac, or even Android. RDP is also well compatible with Mac OSX, iOS, and android, but RDS is limited to the Windows server.

✅So, in terms of OS flexibility in VDI vs. RDP, both systems perform well.

VDI utilizes servers as much as the number of users demands, but RDP and RDS are often deployed on a single server that serves many users.

✅So, RDP has the upper hand in terms of the number of servers when it comes to VDI vs. RDP.

VDI has hardware limitations that don’t allow connections to exceed a certain number, whereas RDP and RDS seem limitless.

✅So, RDP is more scalable than VDI in the battle of VDI vs. RDP.

VDI is a complex system, and technical knowledge is needed to manage the system. Whereas RDP and RDS have a simple step-by-step configuration that even users without technical knowledge can set up. However, in multi-user environments, the setup might get tricky, which can easily be troubleshot with massive online resources.

✅So, RDP is easier in terms of administration in VDI vs. RDP.

✅So, VDI offers a smarter resource allocation system in the competition of VDI vs. RDP.

VDI has the “Bring Your own Device (BYoD)” feature, which lets you choose your device (phone, tablet, laptop, or pc). RDP is also offered on mobile devices, but RDS is limited to PC since it runs on Windows Server.

✅So, both applications offer device flexibility to users of VDI vs. RDP.

RDP and RDS, on the other hand, don’t offer this feature to users, and they are all set to use an assigned desktop with preloaded generic applications. The desktop is based on a shared VM that is session-based meaning it is disposable after the session ends.

✅So, VDI has the upper hand in terms of desktop customization in VDI vs. RDP.

VDI has sync capability that allows users to work offline and only sync data when they are back online, whereas RDP and RDS require an always-on internet connection; otherwise, users can’t connect and work.

✅So, VDI offers a better choice in terms of internet connectivity that seems in favor of users of VDI vs. RDP.

VDI offers a virtual instance to each user with individualized applications and data. This will require subscriptions and licensing that can easily add up according to the number of users. Hardware and administration costs are also considerable.

On the other hand, RDP is free of charge because it has been a feature of Windows since XP. It only needs to be enabled in the Windows setting.

RDS requires one instance of Windows server installed on a single server, and all users log into the same server through RDP. The number of users is only limited to the power of underlying hardware. However, a Client Access License (CAL) will be needed if the server is located on the premise, or an Azure subscription is required if the server is on the clouds.

✅So, RDP is the most economical option in VDI vs. RDP.

VDI vs. RDP: What are their main usages?

Lastly, yet most importantly, in this section, we will hint to you when to use VDI and when you better use RDP:

By using VDI, all users have a dedicated platform that they can modify. The administrator can determine policies to decide what can be changed and what is common among various virtual systems. Users would have a more familiar Microsoft Windows 10 environment.

In general, RDP is best suited to organizations with multiple users needing the same number of apps and services. RDP is simpler to implement and manage than VDI, though lacking a bit in customization. Multiple users sharing server resources minimizes capacity and overhead expenses but contributes to application problems.

VDI is a safer choice for more complex implementations of multiple user forms and provides virtual desktops and software independently to prevent compatibility problems. However, attention must be given to the high cost and difficulty of implementation and maintenance.

VDI vs. RDP: Which is right for you?

The honest answer is that it depends on your organizational needs and budget. However, RDP is always your base choice since it is free and is needed for all remote desktop systems.

And if you have a significant number of users that use generic applications and need the same computing power, it is a good idea to invest in RDS since the overall cost of licensing, resources, and administration will be lower.

But if you have different types of users who each use specific applications with different computing resources, then VDI might be a better choice. It provides the users with what they need in terms of resources and customization.

For most users, however, RDP is more than enough to answer their demands for a reliable and fast remote desktop experience. When you buy RDP Server, With NVMe storage, DDR4 RAMs, and 1 Gbps bandwidth, your remote desktop server will be able to run any software without lagging or crashing. Plus, our 99.95% uptime means you’ll never be without your remote desktop, wherever you are.

Are VDI, RDP, and RDS the same?

No, they’re not. They are all remote desktop protocols, but each of them functions differently. You can read more about them in this article on VDI vs. RDS vs. RDP.

Is VDI better than RDP?

It depends on what you need from your remote desktop. While VDI is an enterprise solution for large corporations, you can set up a Cloudzy RDP Server at very affordable prices.

1 thought on “VDI vs. RDP vs. RDS: Major Differences You’ll Want to Know” 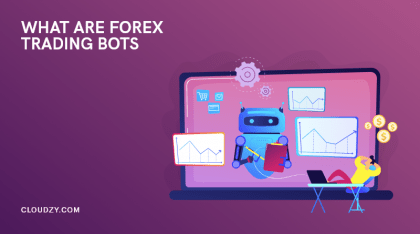 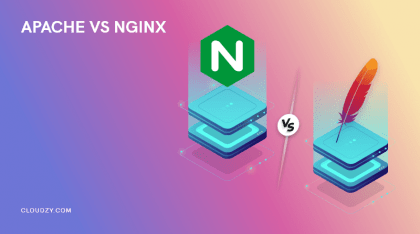 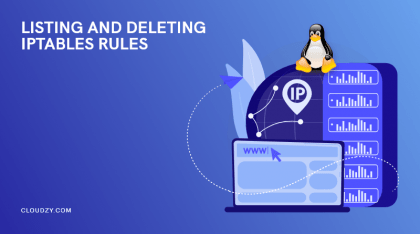