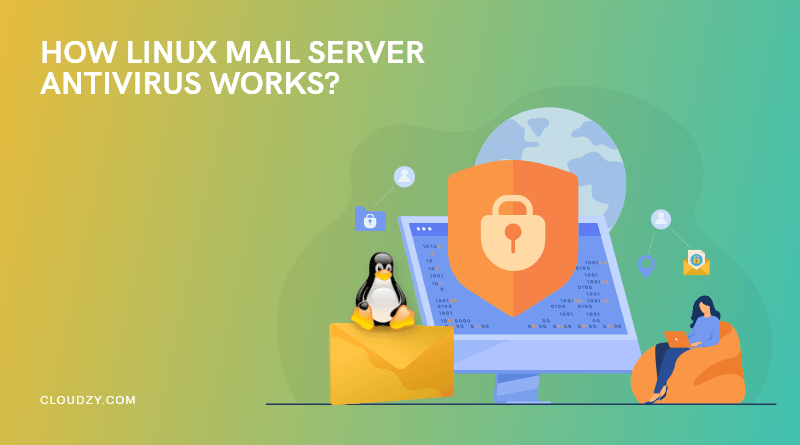 What is a Linux Mail Server and What Does it Mean for Email Security?

Linux is one of the most user-friendly operating systems. Just like any other operating system, it handles computer software, hardware, and other computer programs. Android itself is automated by Linux Operating System. Linux, being a fluently running platform, tries to offer the minimum possible crashes, malware, viruses, etc. in A mail server, which is also termed a Mail Transport Agent that is used to convey mails from one user to another. A Linux Mail Server is used on Linux operating system to transfer mails.

Email Security is an umbrella terminology used to offer the most compatible techniques and procedures for safeguarding your email. Email is used for the most official purposes and thus, contains confidential content and information which needs tight end security. Email security or encryption comprises the process of hiding potentially sensitive information from any third party. Besides, even if not for official purposes, the safety of users’ information is our prior responsibility.

What is the best antivirus protection for Linux mail servers?

Linux Mail Server security needs to be seen as a priority as along with the fact that it is one of the most reliable mail servers, it is also true that it is highly prone to dangerous malware just like any mail server of other operating systems. Users often look for an antivirus that is compatible and ideal for their operating system, so here is a list of the best antivirus protection software for Linux.

What is Spam Protection in an SMTP Server?

Spam protection or spam filter is a program that is used to discover and detect unsought, unsolicited, and malware-affected emails. This program prevents users’ inboxes from such emails. Simple Mail Transfer Protocol (SMTP) is used to transfer emails from the sender’s server to the receiver’s server. Through the process termed as “store and forward,” it can convey email across various networks. It does three functions, i.e., send, receive and/or relay the emails that are outgoing from the sender to the receiver. The user can further decide what actions should be taken on the emails identified as spam. The anti-spam mail server acts as a barrier to filtering spam emails between the mail server and the firewall.

The software that the user installs carries out the user’s email tasks. Following are some tips to secure your email client software.

A Quick solution for running a Linux mail server

Following are the steps that might work as a tutorial for the user who’s looking for a reliable solution for running a Linux mail server:

How to Ensure Maximum Security for your Linux Mail Server

So, by now you’ve managed to pick the best Linux mail server antivirus for and secure your email client as well. Of course, this is not nearly enough to really secure your server. There’s a whole list of security measures for Linux VPS that you need to take. But even all of that will come to nothing if your server provider isn’t security-minded in the first place. That’s why the Cloudzy Linux VPS is crucial to running a safe Linux-based mail server. With smart DDoS protection and AI-based firewalls, using Cloudzy’s Linux VPS means you can rest easy knowing the foundation of your mail server is secure.

What are some of the advantages of using a Linux mail server?

There are plenty of advantages for a Linux mail server user; some of them are:

What are the benefits of using Linux mail server Antivirus?

Linux-based mail server, just like any other mail server, is prone to malicious viruses and malware, etc, thus getting the most compatible antivirus is a must. The benefits of getting one consist of the procedure of eliminating needless scanning to safeguard important and valuable data. Furthermore, it detects and nullifies the slightest emerging threats while impacting minimally on other software.

What are the key security features in the Linux mail server?

The Linux mail server provides top-notch security for its users by offering features such as password authentication, security auditing, discretionary access control, and so on.

What are the risks of not securing my email client on Linux?

There might be high risks of not securing one’s email client as it is used for sending and receiving emails containing data and information that needs to be encrypted. To not let any third party or malicious viruses be involved in the process, the email clients of your operating system, say Linux, need to be end-to-end secured.