What is Virtualizor? [VPS Control Panel] 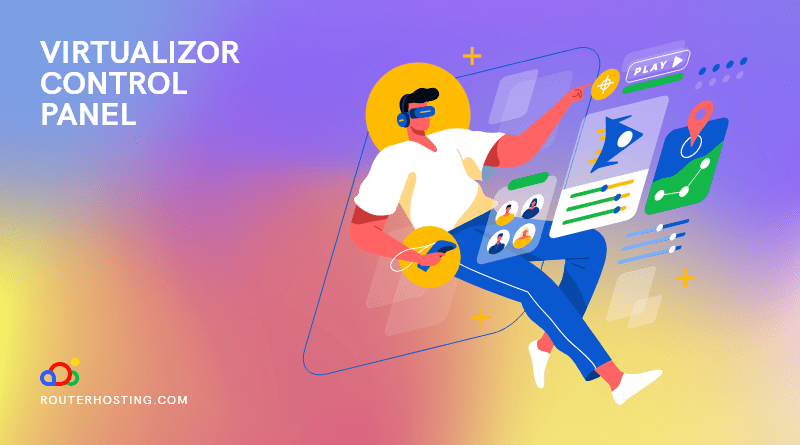 What is Virtualizor? Virtualizor is a powerful web-based VPS Control Panel. Virtualizor is the main control panel used by Cloudzy to deploy and manage VPS on servers. Although we at Cloudzy mainly use KVM for virtualization, Virtualizor supports Xen, OpenVZ, Proxmox, Virtuozzo, LXC, and more, besides KVM.

The Main Features of Virtualizor 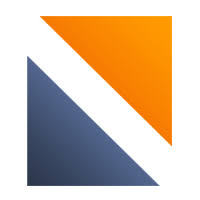 As a VPS Control Panel, a Virtualizor comes with many features. It helps to create, deploy, maintain, and manage several virtual private servers on a single server. It works well, especially for VPS service providers, facilitating their work.

Virtualizor is a web-based control panel that comes with an advanced GUI. This web-based graphic interface is easy to work with, and most jobs will effortlessly perform by clicking buttons.

Admins can utilize Virtualizor to create new VPS servers on the fly with just one click. They can start, stop, restart, and manage their VPS machines by simply clicking a button.

There are various operating systems to choose from to install on a VPS and run the virtual machine with that OS. Virtualizor has made the most popular OS available as pre-made operating system templates that you can install with one click. They have pre-made Windows, CentOS, Ubuntu, Fedora, Debian, and OpenSUSE templates.

Of course, with real-time statistics comes the ability to do real-time billing. Virtualizor comes with an inbuilt hourly billing system that makes it easy for hosting companies to provide pay-as-you-go services.

Virtualizor makes it possible to manage hundreds of nodes from a single server. You can easily add or remove nodes in your Virtualizor cluster.

Since Virtualizor’s interface is a web-based GUI, they had to create a functional API layer that works behind the scenes and answers requests from the web-based control panel. Virtualizor developers have made that API available for companies and other developers who wish to work directly with the system and develop their layer of control or even similar control panel systems.

Since Virtualizor’s basic panel is web-based, it means that nearly all functions are available through their powerful API as well. Every action in Virtualizor has an API call, and you can manage anything in Virtualizor using these API calls.

Virtualizor supports various API calls in JSON, XML, and PHP serialize format. You can even use this API to integrate it into your choice of billing system. As we have said before, the real-time statistics functions can make a pay-as-you-go billing system possible.

Virtualizor also maintains a WHMCS Module for the automation of Creating VPS when the client signs up. This module created by Virtualizor allows both the hosting company staff and their clients to perform fully automated VPS creation & management right from within the WHMCS system.

The functions available through this module include:

Virtualizor has separate User and Admin logins. Each will log in into an isolated panel, and each panel provides them with a specific control panel suite.

With Virtualizor, an admin can easily clone a VPS virtual machine and create a new complete copy instantly.

You can configure an automated backup schedule in Virtualizor to regularly make backup copies of your VPS machines and their data.

Besides the pre-made OS templates provided by the Virtualizor team at Softaculous, it is possible to cream custom OS templates by hosting staff so that their clients can instantly create specialized virtual machines according to different VPS hosting plans that the company has defined.

There are more features cited on the Virtualizor website that they offer on this great software:

Proxmox offers an enterprise class, which comes with many additional features. It provides an intuitive web interface and helps optimize the use of resources while reducing hardware costs. You can virtualize even the most demanding Windows and Linux applications can be virtualized with Proxmox.

Virtualization’s admin interface is better for those who are new to VPS creation and Virtualization. It is also easier to work with than SolusVM’s interface.

Virtualizor’s support is second to none. They offer excellent support, while other choices are not as good. Some people cite Proxmox as being more stable than Virtualizor, although that may be up for debate.

Proxmox is an open-source solution with KVM and LXC. The Proxmox VE solution uses a Linux kernel based on the Debian GNU/Linux Distribution. You can inspect the source code anytime you need it and even contribute to it yourself.

Proxmox boasts a unique multi-master design with a web-based management interface. It’s a very straightforward system allowing for an overview of all KVM guests and Linux containers. It’s easy to manage VMs from the interface, along with storage, containers, and clusters. You won’t need a separate management server with Proxmox.

Proxmox’s bridged networking model allows the VMs to share one bridge, just as if all the network cables will plug into one switch. The VE storage is also very flexible with this virtualization solution.

What is Virtualizor’s Advantage over Proxmox?

To compare Virtualizor vs Proxmox it is worth mentioning that Virtualizor’s easy control panel makes it a better choice for newbies and smaller companies compared to Proxmox. Besides being easier to work with, Virtualizor supports many more virtualization technologies than just KVM.

For those who look to use KVM virtualization, SolusVM may be a well-grounded choice, Although the Virtualizor control panel has an uncomplicated interface. On the other hand, SolusVM is open source which may mean more security in its code.

For all other virtualization methods, Virtualizor is the obvious choice here.

SolusVM or Solus Virtual Manager is a powerful GUI-based VPS management system. It supports Linux KVM, Xen HVM Xen Paravirtualization, and Open VZ. SolusVM allows you to manage a VPS cluster while allowing your users to do the same.

Both Virtualizor and SolusVM can integrate with WHMCS, Blesta, Hostbill, and other billing systems. Both support customization and different OS templates. Virtualizor is a newer solution compared to SolusVM, and they have many features in common.

While SolusVM may be more reliable generally, Virtualizor is more user-friendly for both admins and end clients. SolusVM provides perfect support, although this is where Virtualizor shines as well.

SolusVM is a tested choice for virtualization. While Virtualizor has been around for a few years now, it still seems to have issues with scalability.

With SolusVM, scalability isn’t an issue. You can scale as much as needed without running into trouble. It will allow you to continually manage a VPS cluster with plenty of ease and security. If you’re using OpenVZ, SolusVM may be the better choice.

Virtualizor is known for providing a very easy-to-use interface. Users of Virtualizor have reported better support from their team. Some have also said Virtualizor is much easier to set up compared to SolusVM. If you’re using KVM, Virtualizor may be a better choice. Virtualizor also supports many different virtualization methods.

Final Verdict for SolusVM vs. Virtualizor

Both choices are fine for many users, and it does come down to personal preference between SolusVM and Virtualizor. SolusVM is cited for better scalability, while Virtualizor is more user-friendly.

Some say Virtualizor is better for KVM, and SolusVM is better for OpenVZ. Both solutions are improving with new updates regularly, and both shine brightly in the support department.

Overall, these two virtualization solutions offer very similar features. They are not super different, and one isn’t necessarily better than the other.

6 thoughts on “What is Virtualizor? [VPS Control Panel]”