Home > 🥇Comparison🥇 > Citrix VS RDP: Which One is a Better Remote Desktop Technology ?

Citrix VS RDP: Which One is a Better Remote Desktop Technology ? 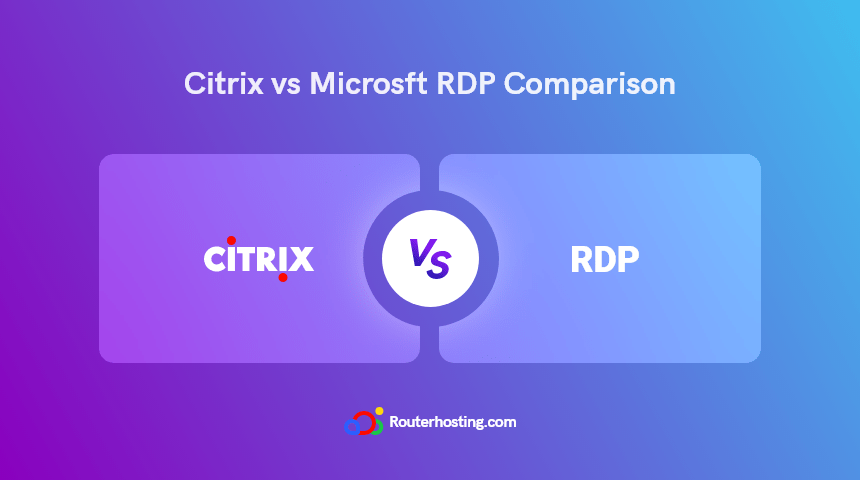 Many organizations are turning to the cloud to address their IT business challenges. Two desktop virtualization options commonly used for that purpose are Microsoft Remote Desktop Protocol (RDP) and Citrix XenDesktop. Which one is going to be the most fitting for your work?

Remote Desktop Services (RDS) formerly known as “Terminal Services” is a collection of technologies developed by Microsoft to offer thin client solutions. Using the Microsoft Remote Desktop Protocol (RDP), RDS enables users to connect to server-hosted apps or virtual desktops. Before we get to compare Citrix vs RDP, we need to clarify a few things. So, be patient!

Table of Contents hide
1 What is Desktop Virtualization?
2 What Is a Remote Desktop and what is it used for?
2.1 Some facts about remote desktop
2.2 What is Thin Client Technology?
3 What Is Citrix and How Does It Work?
4 Comparison of Citrix vs RDP
4.1 Underlying Protocols
4.2 Performance
4.3 Scalability
4.4 Usability
4.5 Management
4.6 Reliability
4.7 Cost of RDP vs Citrix
5 Citrix vs RDP in a glance
6 Conclusion

What is Desktop Virtualization? 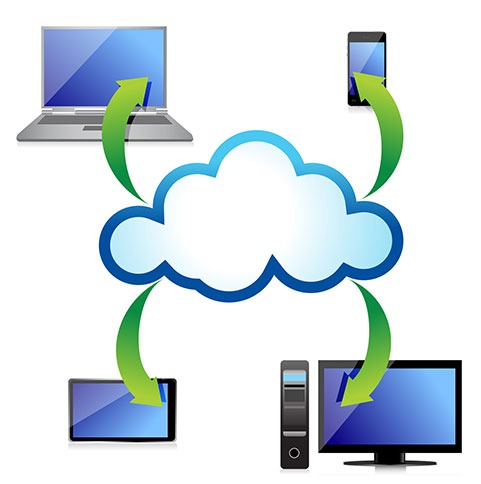 Desktop virtualization is a system that enables users to replicate a load of workstations to control a desktop from a connected computer, remotely, or locally. If an operating system is running on a network machine and uses hardware virtualization, it’s called local desktop virtualization. Here all processing and workloads run on local hardware.

Remote desktop virtualization is a typical use of virtualization in a client/server computing environment. This helps users to run operating systems and programs from a server inside a data center, while all user interactions occur on client computers. A client computer may be a laptop, a thin client device, or a smartphone.

As a result, IT divisions have more unified power over software and desktops and can optimize their investment in IT hardware by remote access to shared computing resources. Desktop virtualization is a core feature of digital workspaces that focuses on the virtualization of applications.

What Is a Remote Desktop and what is it used for?

Windows Remote Desktop Connection service allows users to connect to a remote Windows PC or server over the Internet or on a local network, giving them complete access to the applications and apps on it. Main peripheral devices like your keyboard and mouse are shared with the remote computer, allowing you to use and monitor it as if you were sitting right in front of it.

This is made possible by Microsoft’s Remote Desktop Protocol (RDP). Only certain versions of Windows support RDP connections. This specialized protocol competes with the open-source Virtual Network Computing (VNC) protocol widely found on Linux and other platforms.

For an RDP connection to work, you need two components — the RDP server and the RDP client applications. A standard RDP server is a Windows PC or Windows Server that you connect to and monitor. The RDP client is a PC or mobile computer with an RDP client program installed from which the server is controlled.

READ
PCoIP vs RDP – Which Is Better for Remote Desktop and Display?

Some facts about remote desktop

You have the freedom to log in on your virtual machine from essentially anywhere. All you’ll need is a web browser with a connection to your firm’s centralized server, then log in. Alternatively, you can use the remote desktop software on your Windows or Apple machine. In most instances, this appears to work faster than a web browser. In today’s technological world, remote desktops give people the freedom of working remotely.

What is Thin Client Technology? A thin client is the opposite of a fat client’s strategy. The Fat Client processes applications locally; that is the standard for most computers. But when users access a search engine, a search request is submitted to a server in a data center where very powerful machines search billions of data segments to match them with the user’s request. The result is then transmitted back to the user’s device where the user’s web browser shows the information.

Instead of delivering web pages to the user’s computer, thin client technology deals with apps and the presentation of these apps. When a program such as a word processor is used on a thin client, it exists and is processed on a strong collection of remote machines in a data center, and is portrayed to the user on the thin client.

What Is Citrix and How Does It Work?

The term “Citrix” has been widely used for a variety of products over several years, but Citrix is primarily the name of a global organization that produces tech products bearing similar names, such as Citrix Virtual Apps and Citrix Virtual Desktops. Citrix Systems, headquartered in Florida, USA, is a technology vendor that enables remote access functionality for apps and computer desktops.

READ
What is the Citrix ICA File and How to Fix its Download Error?

Citrix System is a US-based corporation working on virtualization technologies. Citrix offers virtualization technical services through its virtual applications (XenApp) and virtual desktops (XenDesktop). In fact, Citrix wrote the original RDS code and licensed it to Microsoft. Citrix’s central management tools make expanding and monitoring infrastructure simpler than ever before. It focuses on ensuring that the user experience is greater than using a conventional desktop. The industry leaders for Thin Client applications are Citrix Systems and Microsoft Corporation.

Citrix produces a range of leading technologies that are used by many world-famous companies. They concentrate mainly on Thin Client and Virtualization but have also extended to other fields, including networking technologies. Through thin client technology such as Citrix Virtual Applications, we can use our computer to remotely monitor an application installed on another machine. Applications are processed remotely on that separate remote device.

Comparison of Citrix vs RDP

We are going to compare Citrix vs Remote Desktop or more specifically RDS (the services based on RDP) from several aspects.

RDP provides a high level of flexibility in that aspect. Citrix has its own decent protocol (HDX) that minimizes bandwidth requirements, enabling you to use Citrix Virtual Apps and Desktops for offices or machines with slower internet connections.

When using RDS, every user directly works with Microsoft’s RDP on the server. This is the reason that RDS doesn’t scale well. All users share a finite amount of resources on a single RDP server. So, the more users are online, the worse the experience gets.

As we mentioned above, Citrix does a better compression of data when transmitting, therefore works better for slower connections. On the other hand, Citrix users interact with the HDX protocol on top of the RDS. So, this protocol acts as a buffer between the users and the server, compressing the data in the meantime as well. It’s no wonder that Citrix provides a faster and more seamless experience.

So in short, Citrix XenDesktop performs better than RDS:

There’s one more problem in scaling with RDS: when a server reaches its max capacity, new users are dropped and they can’t connect. Even worse, existing users may be cut off without warning! When a Citrix solution gets near its max capacity, you just need to request more resources. No hassle. So in short, XenDesktop does better at scale than RDS.

Also Read: Connect to Windows VPS via RDP on Android

Another drawback of RDS or RDP is that you will need third-party apps and client software for accessing the remote desktop from most devices. More damage to a performance that wasn’t that great, to begin with. Most of the time, you need to disable a lot of Windows features just for the RDS to start working. This makes RDS better suited for application virtualization, rather than full desktop virtualization.

This is an area where Citrix really shines with years of experience producing virtualization technologies professionally. In the usability of RDS vs Citrix, Citrix provides better usability.

The RDP operator must be very skilled. Without essential reserve assistance to be provided in the event of a framework failure, the consequences may be severe. On the other hand, Citrix Virtual Apps and Desktops have a fantastic management interface that gives precise control of both the apps and desktops. Users can use their own devices, whether a handheld device or a PC.

RDS requires an always-on connection. If your remote desktop connection fails, your session will too. No warning. No saving. Citrix, however, has a feature called Session Reliability. This feature keeps users active even on fluttering connections.

Cost of RDP vs Citrix

RDP shines in cost, especially for smaller use-cases, like for someone who just needs a VPS and a simple remote desktop. RDS has free versions for both personal and business uses. On the other hand, Citrix has no free version, even for personal use.

Citrix vs RDP in a glance

Remote Desktop Protocol (RDP) is a Microsoft-developed protocol that is native to Windows, so it’s only natural that it performs ‘natively’ on Windows. Both use their own home-developed protocols as the base of their virtualization services. Though, Citrix’s HDS performs better than Microsoft’s RDP.

Both methods are outstanding alternatives as long as you grasp and adapt the right tool to the right conditions. Microsoft RDP could be the right option for you If you want to remotely distribute or publish applications with low graphical specifications and you have ample bandwidth.

From the end-user point of view, Citrix XenDesktop provides very similar features to Microsoft RDP. But it is more lightweight, easier to manage, and operates faster than RDS. Now that we have clarified the difference between Citrix vs RDP it is up to you which one you need or want to use.

26 thoughts on “Citrix VS RDP: Which One is a Better Remote Desktop Technology ?”

Table of Contents hide
1 What is Desktop Virtualization?
2 What Is a Remote Desktop and what is it used for?
2.1 Some facts about remote desktop
2.2 What is Thin Client Technology?
3 What Is Citrix and How Does It Work?
4 Comparison of Citrix vs RDP
4.1 Underlying Protocols
4.2 Performance
4.3 Scalability
4.4 Usability
4.5 Management
4.6 Reliability
4.7 Cost of RDP vs Citrix
5 Citrix vs RDP in a glance
6 Conclusion 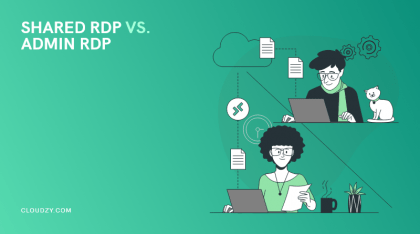 So, you have decided that you need to get yourself an...

LVM VS ZFS: Which Linux Volume Manager to Go For?

Linux is no doubt one of the most popular operating systems... 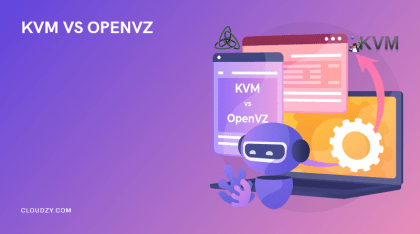 KVM vs. OpenVZ 2022: Which is the Virtualization Whiz?

KVM vs OpenVZ is all about choosing the best VPS (Virtual... 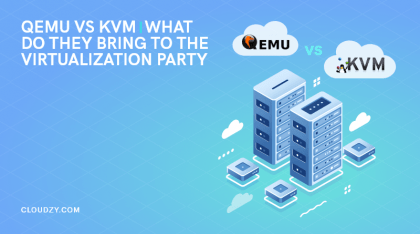 QEMU vs. KVM: What Do They Bring to the Virtualization Party?

Before diving into the basics and key points of QEMU vs... 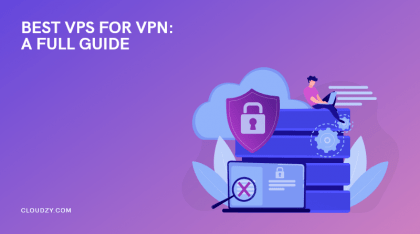 As the process of globalization and internationalization speedily grows, the need... 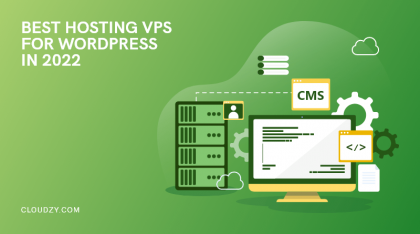 Choosing the best WordPress hosting to meet your demands can increase... 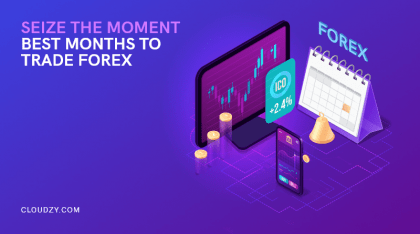 Seize the Moment: Best Months,Days and Hours to Trade Forex🕑

Forex, which is short for the foreign exchange market, is the... 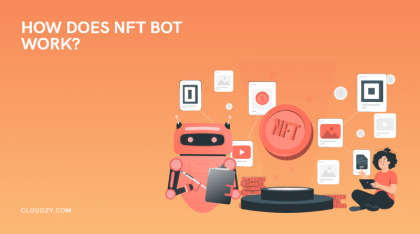 NFT is short for a non-fungible token. When someone buys an... 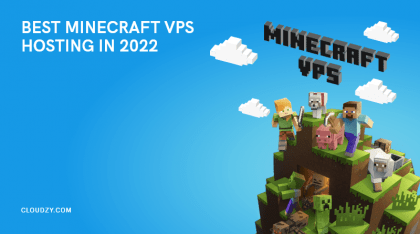 If you’re into E-sports, you definitely have heard of Minecraft! With...