Home > Knowledge Base > 🛠Tutorials🛠 > How to Get Docker on VPS: A Comprehensive Guide to Use VPS for Containerization🗂️

How to Get Docker on VPS: A Comprehensive Guide to Use VPS for Containerization🗂️ 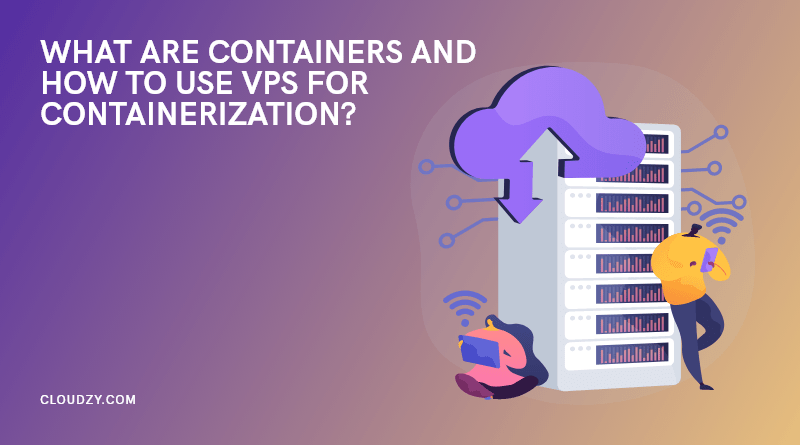 Here we are with another informative knowledge-based article addressing the popular virtualization technology, containerization. Although you may be familiar with this technology and what it can do, you may not know that you can set up containers on a VPS. That is why this article includes a brief review of the significant role of container VPS, especially Docker VPS. I’ll also cover some basic concepts and definitions about containers, like their advantages and their differences from VMs. Of course, you can always skip ahead to the guide on installing Docker on VPS.

Table of Contents hide
1 What is Containerization and What are Containers?
2 What is the Difference Between Containers and Virtual Machines?
3 What is Docker, and How Does it Relate to Containers?
4 How to Use VPS for Containerization?
5 Why Docker VPS? What Does it Have to Offer?
6 How to Install Docker on VPS (Step by Step Guide)
6.1 Step 1: Installing Docker
6.2 Step 2: Testing the Installation
6.3 Step 3: Applying Post-installation Configuration
7 How to Make the Most of Your Docker VPS

What is Containerization and What are Containers?

Containerization is the process of creating an isolated environment including all the required dependencies for a given application. The created environments resulting from this procedure will establish containers that can be efficiently utilized on any machine for further use. A single container can be deployed to run a variety of applications, from a small microservice to a larger software.

Unlike server and machine virtualization methods, containers do not comprise operating system images, this can be regarded as one of their crucial advantages. This feature makes containers less overhead, more lightweight, and more portable compared to alternative approaches. We will take a deeper look into the differences between containers and virtual machines in the section below.

What is the Difference Between Containers and Virtual Machines?

Virtual machines (VMs) and Containers are two highly beneficial technologies with some basic similarities. These likenesses sometimes create misconceptions for people, making them think these approaches are completely the same. However, similarities aside, some distinguishing features between containers and VMs are very important to consider when choosing the proper method for one’s situation. Here are the most major differences between container technology and VMs:

What is Docker, and How Does it Relate to Containers?

Docker was first introduced in 2013 and became more and more popular over time. Today, docker is recognized as the most demanded tool for containerization among users involved in container environments. It can be really beneficial for building, designing, managing, and launching different containers.

By providing an abstraction layer over a container, Docker allows users to get all the software they need onto their container without any hassle. In other words, docker is a runtime environment used for creating and managing different software inside containers. The followings are some of the special purposes of the docker that explains its high popularity between users:

How to Use VPS for Containerization?

So far, we have discussed the ins and outs of containers and containerization technology. Now it’s time to consider the second question we brought up in the article’s topic.

The widespread use of virtual private servers in today’s IT world is clear to everyone. People use their VPSs for various purposes, from web hosting to Forex trading. This broad range of VPS’s functionality has also left its mark on container technology. Presently, most premium VPS providers offer their container VPS plans to the market. Running a container on virtual private servers results in more flexibility and stability for the users desiring a top-notch containerization experience. Let’s have a closer investigation on the efficacy of this kind of VPS by appraising the most popular container VPS, known as Docker VPS, in the section below.

Why Docker VPS? What Does it Have to Offer?

Running Docker on VPS will give users more control over the available resources on their server. With the high-performance infrastructure and easy management of Cloudzy’s VPS plans, setting up your dockers on a Cloudzy Linux VPS may be more intelligent than doing it on your own PC. VPS with docker installed also allows for container-based virtualization, a more secure method than traditional virtualization approaches.VPS will increase the efficiency of the Docker container as well. Moreover, with Docker VPS, you can use an image of your application with other servers that have Docker installed. Below, you can see the other significant benefits of docker VPS:

Now, it should be more than clear that a container-powered VPS can provide various worthwhile solutions for users. So, let’s see how we can set up a docker VPS without any more delays.

Also Read: How To Install Python On A VPS Server?

How to Install Docker on VPS (Step by Step Guide)

Naturally, you have to already have a Linux VPS ready. Once you do, you can either start the installation by visiting the docker website or by running this command in your Terminal:

The developers of docker suggest users test out the installation of docker on VPS with a simple Hello world command by entering the following into the Terminal:

If everything is working well, you will see the below output:

After the installation process, some configurations are recommended to be performed. These quality-of-life refinements will make Docker more user-friendly.

Congratulations, by following the above-mentioned step, you’ve successfully set up a Docker VPS. Now, it’s time to run Docker on your VPS and make the most use out of it. Good luck 🙂

How to Make the Most of Your Docker VPS

Throughout this article, we have clarified what exactly are containers and how they can help users to have an optimal virtualization experience. We also observed how users could buy a VPS and use it for their containerization by setting up a container or Docker VPS for themselves. Although both containers and VPSs are highly functional per se, the combination of these two technologies (Docker VPS) can result in much more interest.

We sincerely hope this article has worked for you and you’ve got all the answers you’re looking for. If not, please do not hesitate to share your questions either through our Ticketing System or the comment section below. Feel free to contact Cloudzy’s online experts to receive extra information about containers, container VPS, or Docker VPS.

Table of Contents hide
1 What is Containerization and What are Containers?
2 What is the Difference Between Containers and Virtual Machines?
3 What is Docker, and How Does it Relate to Containers?
4 How to Use VPS for Containerization?
5 Why Docker VPS? What Does it Have to Offer?
6 How to Install Docker on VPS (Step by Step Guide)
6.1 Step 1: Installing Docker
6.2 Step 2: Testing the Installation
6.3 Step 3: Applying Post-installation Configuration
7 How to Make the Most of Your Docker VPS