Home > Comparison > Which Browsers Use the Least memory in 2022? 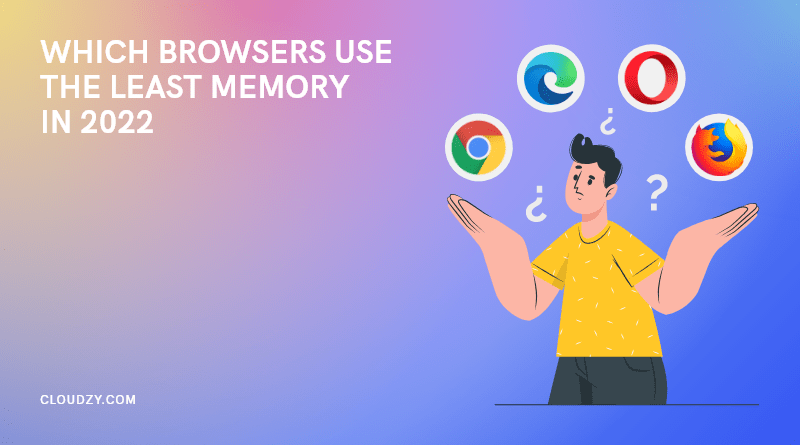 The fact that browsers can consume a big chunk of your computer’s memory is certainly no secret. Most websites you access run web applications that can take up as much memory as regular desktop apps. So whether you’re running a high-specs gaming PC or a battered laptop, it’s important to manage your memory consumption.

Knowing which browsers use the least memory is vital if you want to improve your workflow or simply not to have to worry about your games lagging because your browser is too greedy for RAM space. That is why we have put together a list of the usual suspects so you know the most RAM-efficient browsers in 2022.

Which browsers use the least memory?

Now we are going to talk about the browsers that use the least ram space in order of the most to the least.

Fourth up to bat is Google Chrome, the world’s most widely used browser but that’s not because of its popularity. Chrome is famous for crazy RAM guzzling and if you have a habit of leaving too many tabs open it can seriously damage your PC’s efficiency.

According to our tests, having 10 tabs open will cost your RAM just a bit shy of 1000MBs. Its memory use rises to unbelievable amounts as the number of tabs increases, with Chrome using about 1.9GBs of your computer’s memory for 20 tabs. Chrome is also big on CPU usage so that makes it even more likely to impede your workflow.

It’s even likely to interrupt whatever you might be doing at the moment by causing your OS to crash. Despite all its disadvantages, Chrome comes with more features and it has a lot more extensions than other browsers. Also, it looks cool, with a great visual design almost making up for what goes on behind the scene.

Coming in at number 3 is Mozilla’s popular and privacy-minded browser, Firefox. And no, despite the browser’s reputation for efficiency, it can take up almost just as much RAM as Chrome.

When tested with 10 tabs open, Firefox occupied about 960MBs of memory, which is only slightly less than Chrome. At 20 tabs, the number went up to 1.6GB: certainly, a lot even if it is 300MBs lighter. Few users leave 40 tabs open at once, but we tested to see just how much RAM that would take. The answer: if you run 40 tabs on Firefox, it’ll devour 3GBs of your memory, which will hurt the efficiency of just about any computer.

Among popular browsers, Firefox has the perk of being the most suitable for privacy, given its tough tracker and cookie policy. It is hardly the least RAM-hungry browser, though and you have to weigh the options on this one. 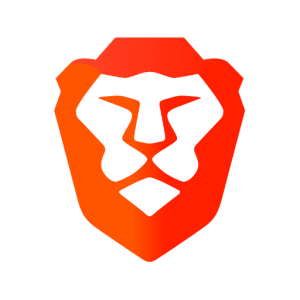 Meet the (somewhat) new browser on the blog: the privacy-minded Brave. It’s actually one of the best ways to stay in control of your data without putting in the time to become a hacker-level Linux genius!

This browser even has a feature where it pays you tokens for watching ads. Brave is definitely worth a try for these and so many other reasons, but how resource-efficient is it really?

Brave consumed a lot of RAM, almost as much as Chrome when it was in the earlier release versions. Brave continued to improve its memory management and in 2022, it uses a lot less memory than Chrome.

Brave ties with Firefox in terms of RAM usage, so if you’re stuck between these two choices, you have to find some other way to decide.

Remember Opera? It used to be a top contender back in the day and in many ways, it still is. Opera is a great browser for older or low-spec PCs since it doesn’t put much strain on the system. Its webpage-loading speeds are within acceptable limits, especially if your computer isn’t exactly on the cutting edge. Let’s see how it did on our tests.

With 10 tabs left running, Opera used 899 MBs of RAM, which is somewhat better than the browsers above. We did expect Opera to perform much better, however, since it’s supposed to be a lightweight browser that trades user-friendliness and features for efficiency. Opera occupied 1.5GBs of memory when we tested it with 20 open tabs and that makes it only slightly better than Firefox.

READ
IPsec vs SSL: What is the Difference?

The dark horse topping our list of browsers using the least RAM space is none other than Microsoft Edge. Gone are the days of Internet Explorer with bugs and exploitations galore; now, with a Chromium engine, things are looking up for Edge. Although not exactly the most popular browser (with only 3.39% of the browser market share), Microsoft Edge has proven to be much better than its reputation would have you believe.

Based on our test results, Edge occupies only 790MBs memory with 10 tabs open, much lower than all the other browsers on our list. Open 20 tabs at once and Edge will take up only 1.2GBs RAM space, which shows great optimization of space consumption.

Even though Edge uses the same Chromium engine as Chrome, it is much more efficient in using memory and as such is the ideal browser in terms of RAM use. Using the least memory, however, does not necessarily mean that it’s the best browser. There are many other factors to take into account when analyzing a browser’s general efficiency.

Up to now, we have underlined the 5 worldwide popular browsers which are distinguished for their low RAM usage (of course they hold other beneficial features as well). Now, we want to draw your attention to a comparison we prepared on different features of the above-mentioned browsers.

As in this post, our main concern was the amount of RAM each browser occupies. We organized the below list from least-RAM-usage browser to most-RAM-usage (among these 5) browsers.

What can you do if you need to use a resource consumer browser?

So, what now? One way to go about improving your computer’s efficiency and thus your workflow would be to stop worrying about how much memory your browser hogs and just go virtual with our affordable Windows 10 VPS plans. Instead of being limited to your own computer system(s), you can just use the bleeding-edge, high spec computers that we provide in all our VPS plans.

Run as many applications and open as many tabs as you want without having to worry about your system slowing down or crashing. Whether you run a company with loads of coders and developers or a gamer looking for a better gaming experience, just choose one of our myriad VPS plans and you will never be concerned with your RAM space again. 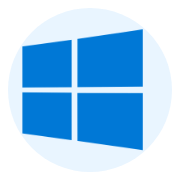 As we talked about which browsers use the least memory, does the result of our test mean that you should use Edge as your default browser? By no means. A lightweight browser is great but as we said, it’s not all there is to it. You need to carefully analyze the balance of memory use against other aspects like user-friendliness, extensions, CPU usage, loading time, and a heap of other factors.

A good browser must protect you against unwanted cookies and trackers, keep you secure against malware and leaks, and of course load your favorite websites without too much trouble. Even though Edge uses the least RAM space among browsers, it may fare less well in other regards. So besides asking “Which browser uses the least RAM” you may need to think about “Which browser suits your needs“.

There is no fit-for-all browser. Different browsers, due to their different features, can be employed for a particular use. The important thing here is to be aware of the features of each browser and consider your specific needs to choose the best one for yourself.

What browser uses the least RAM?

New competitors have entered the game this last year, and in 2022, there are more candidates for the most resource-efficient browser than ever. The data, however, shows that Edge continues to defy expectations by being the least resource-hungry.

Firefox vs Chrome: Which Takes up more CPU?

Both browsers consume a good deal of memory, and Chrome has Firefox beat when it comes to RAM usage. But what about CPU usage? According to our tests, Chrome gets to keep its rule as the most resource-intensive browser even when it comes to CPU consumption. So, Firefox is a better bet if you don’t want to overburden your CPU.

Why is Google Chrome so heavy on RAM?

How can I reduce my browser’s RAM usage?

Is Mozilla better than Chrome?

Both Mozilla and Chrome are known to be highly beneficial and practical to use as a browser (by experts). However, there are some distinctions between them that particularize their usage for different situations. For example, if you are only looking for lower RAM usage, Mozilla can work better for you.

There are different ways a browser can be considered “fast,” including how soon it loads a page or how much RAM it takes to load the browser itself. In terms of the page-load speed, Chrome definitely takes the lead by a wide margin. But things are entirely the other way around. When it comes to memory management and loading the browser itself, Chrome is dead last, with Edge as the leading champion of the list. If you’re going for a balance, you can always decide on Firefox or Brave.